A glorious restoration of a Victorian home in Solihull in the West Midlands has been fitted out with beautiful cast aluminium guttering from ARP that fits brilliantly with the character and traditional style of the property, while offering the homeowner all the performance characteristics and benefits of a truly sustainable, modern material.

The homeowner was keen to retain the original mock tudor character of the property using metal guttering but was concerned about the strain that cast iron guttering might place on the façade so requested a sample of aluminium guttering from the ARP web site. ARP’s Area Sales Manager Nigel Hancock got involved in the project early, discussing colour options and styles and before work started on site he visited the project and carried out a full site measure before an order was placed. The roofing contractor on the site, JL Hickman, ordered the ARP materials from roofing merchant Wythall Roofing Centre at Solihull and the whole system was delivered direct to site just ten days later, after being bespoke manufactured by ARP in Leicester.

The solution was a cast aluminium system that looks great, lasts for decades without maintenance, and doesn’t put a strain either on the building or the planet’s resources. ARP supplied all of the guttering, down pipes, hopper and other components to complete the job. Legacy Cast Deep Beaded Half Round Gutter and Colonnade Cast Eared Rainwater Pipes were chosen to suit the style of the property perfectly and were powder coated in RAL9005 Jet Black with a special leatherette finish to simulate cast iron.

The result is a stunning refurbishment that oozes period style which will retain its good looks for years and years to come. Even the contractor enjoyed installing the ARP cast aluminium system. Jade Hickman at JLH describing it as “a piece of cake” to install, helped with its light weight.

ARP’s Legacy Cast aluminium gutters provide the perfect combination of modern manufacturing techniques and materials with traditional style and durability. Manufactured using traditional castings as a perfect alternative to cast iron on heritage and listed properties, ARP’s Legacy is produced in five gutter profiles and many sizes to replicate traditional case iron profiles, but is much lighter, easier and safer to install. During its long 40+ year lifespan, ARP Legacy gutter systems require little or no maintenance. Colonnade downpipes, with traditional-style collars and ears make the perfect style choice for heritage projects but, in line with today’s environmental standards, are made with a healthy content of recycled aluminium and are 100% recyclable. Legacy and Colonnade products can be produced in any colour imaginable. 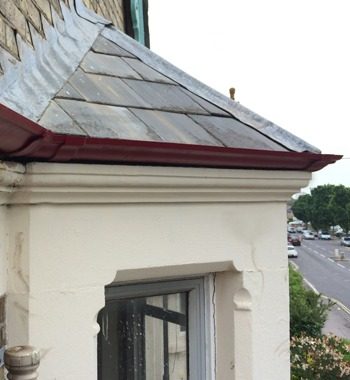 Legacy Cast Deep Beaded Half Round 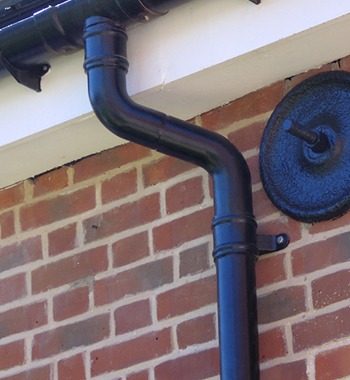